How to Season Cast Iron Cookware with Butter? 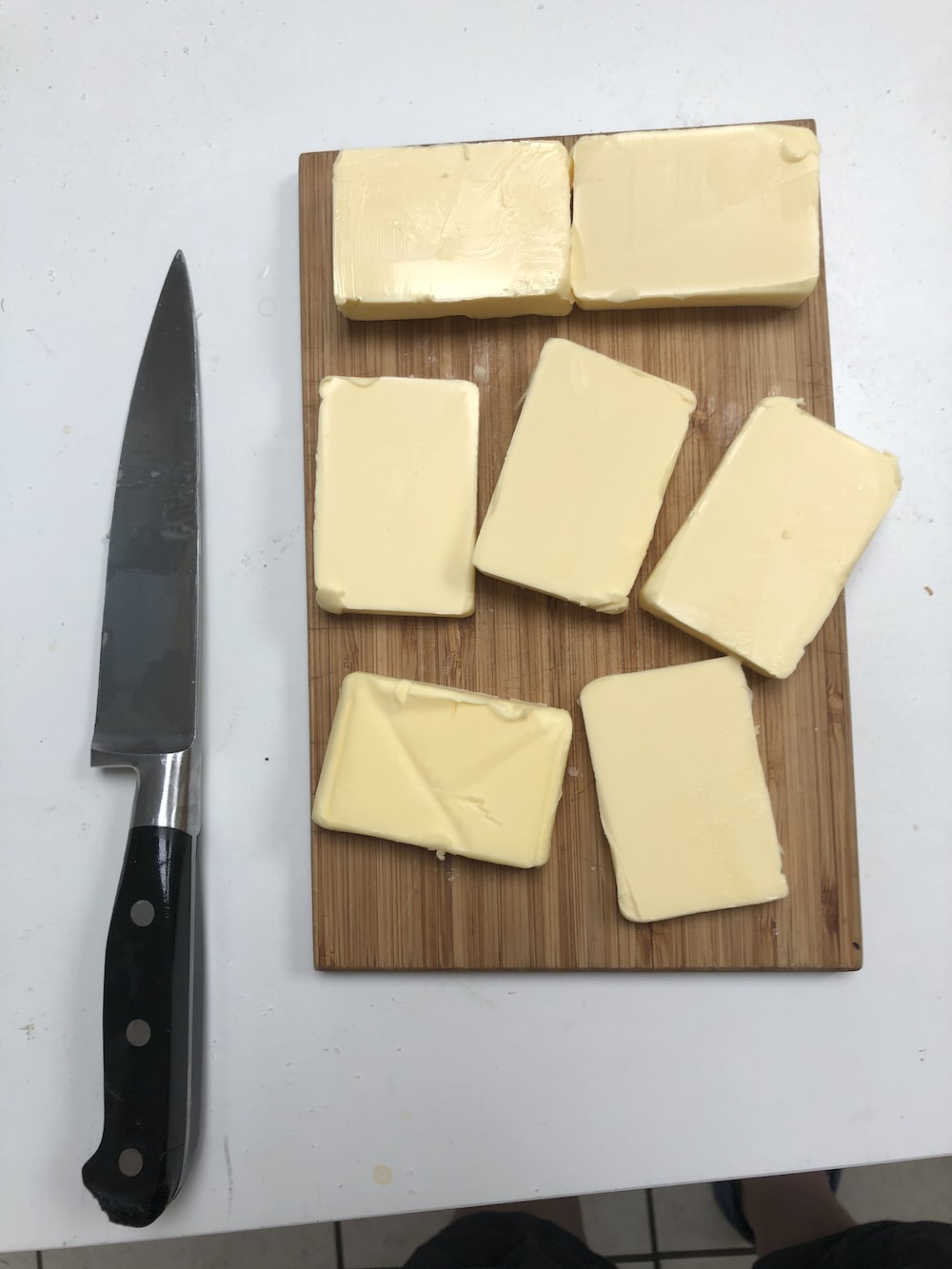 Seasoning cast iron cookware adds a layer to the surface and keeps it from sticking. Seasoning is a simple process that means adding a layer of carbonized oil on the surface. The process of seasoning is called polymerization. Seasoning forms a non-sticking layer on the surface of cast iron cookware. It gives a consistent and durable non-stick surface to your cookware that is excellent for roasting, frying, or cooking results.

Seasoning also prevents rusting and brings back the luster of your Cookware.

Here is how to do it:

Use Scrub Brush to Remove Rust

Rust is an enemy of iron things. Give the pan good scrub. Use warm soapy water to clean it. If the pan is rusty, you need to remove the rust from the pan first.

. Cast iron cookware get rusty with time, especially if you are not careful and leave it in a damp place without any protective layer. It will contaminate your food and stick bits of food to the bottom.

You can use a scrub to clean the rust off the Cookware with a commercial product like CAST IRON SCRUB. It uses walnut husk to form an abrasive surface on the cast iron that helps scrub and remove rust effectively.

Clean and dry the pan with a dish towel. Even after cleaning the pan, it can still have moisture, so you can heat it on a stove or put it in the oven to completely dry the pan.

Rub the pan all over with vegetable oil or butter. You can use any vegetable oil with high smoke point or use our natural Cast Iron Seasoning Oil that is specifically formulated for this purpose.

Rub it vigorously both inside and outside. If you are using butter, mix it with some oil, and the temperature has to be lowered. Puff the excess oil off the surface, as even the slightest excess of oil will harden during the heating process.

Bake in the Oven

Put the oiled pan or skillet in the oven and leave it in for one hour. Make sure you check the pan midway, and after half an hour, change the side of the pan. We are using an oven, not a stove, because we want it to have even heat distribution, which is impossible on the stove.

Turn the pan upside down. Place aluminum foil or a baking sheet underneath it to catch the excessive oil drippings.

Remove the pan from the oven twice and repeat the oiling process after thirty minutes. Repeat it 2-3 times and turn off the oven.

Seasoning the Cookware with Regular Butter

We all love the rich natural flavor of butter. One might think butter can be used for seasoning as well. Using butter in cast iron pans is a bit tricky. It starts to smoke when you add butter to the cast iron surface. So seasoning the pan surface only with butter can burn out the butter and add a smoky flavor to your dish.

Can I season Cast Iron Cookware with Butter?

Yes, you can season the pans for frying, sautéing, or baking in cast iron cookware like pans, pots, or skillets with butter, but it's not the right choice to season it for the first time. Butter immediately starts to smoke when added to a heated pan because cast iron can withstand a lot of heat. If you add butter to a too-hot pan, it will burn.

Everything, including oil, shortening, and butter, has a smoking point. Butter consist of protein and fat. Protein burns easily on high heat. So the butter quickly burns or turns to smoke because it has a high smoke point. Butter burns at temperatures above 350°F (177°C).

Why is it not ok to Season cast iron cookware with butter?

Butter is excellent for cooking, adding to gravies, and even frying if you control the heat to medium-low. But it is not a good choice for seasoning cast iron cookware first time. Butter has a high smoke point. If you season the cast iron pots with butter, they will burn out too soon. Seasoning requires the Cookware to be on the heat for a long time. The temperature inside the oven is too high, and butter will burn easily without serving the purpose. In the same way, olive oil is also great for cooking but not suitable for seasoning the first time due to its high smoke point.

Related: How to Season Cast Iron with Olive Oil.

Even when cooking in cast iron, a rule to remember is to choose the fat according to the heat you will be using to cook. To brown steaks or form a searing under the meat, you need the high smoke point of fat. You can use butter, then turn and set the stove on medium heat. 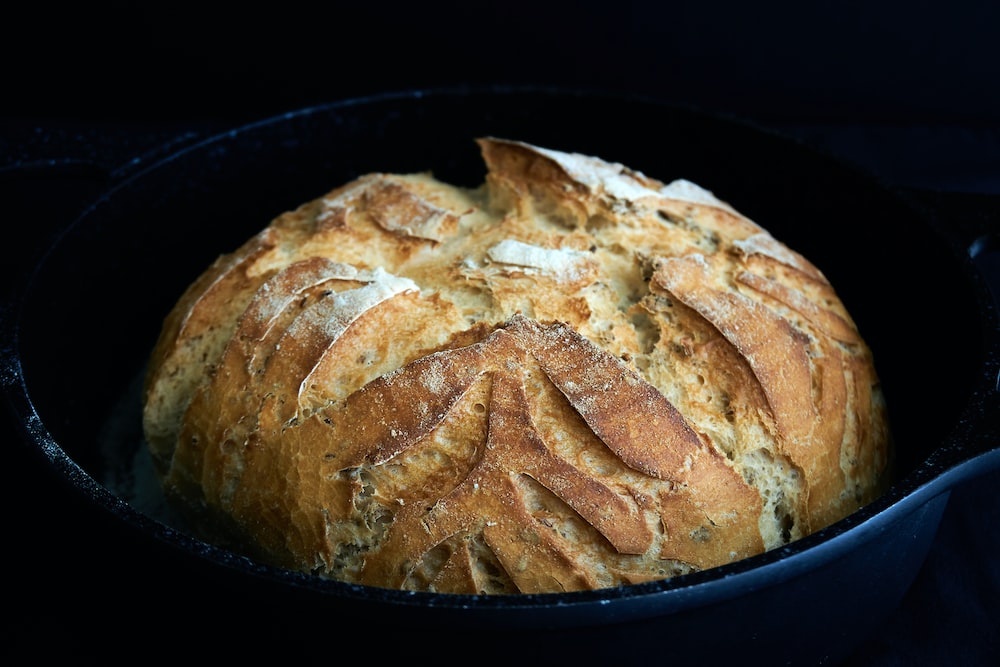 Choosing ghee instead of butter is another option. Ghee is made by heating butter and has a rich flavor and aroma. It has a higher smoke point than butter, so adding it to your recipe will enhance the flavor without burning it. Ghee has 65% saturated and only 5% polyunsaturated fat, which makes it perfect for seasoning the cast iron grill or skillet.

What type of oil is good for seasoning?

Vegetable oil has a high smoke point and is perfect for the seasoning process. It's also affordable, safe to use, and easily available.

You can also use vegetable shortening or ghee for seasoning. Lodge uses Soy vegetable oil to season all of its Cookware.

What About Seasoning A Cast Iron With Lard?

Seasoning is not suitable if you are not using the pan for a long time. The animal fat can get rancid with time.

Do We Need Frequent Seasoning for Cast Iron Cookware?

Some people have a misbelief that cast iron cookware needs frequent seasoning. That is not true. Once you have seasoned the pan after it, anytime you cook something in it with fat, you will add a layer of oil to its surface. So the pan does not need seasoning. However, if you have left it in the pantry in moist conditions where it gets rusty, you need to clean the pan and season it again.

A good, well-constructed cast iron skillet or pan will not need frequent seasoning. Once you have a good seasoning layer of oil buildup on the cast iron, you can use it for acidic foods like tomato sauce without worrying.

How to Keep Your Cast Iron in Pristine Condition?

Cast iron skillets require some maintenance. Gently clean your skillet with hot water after each use. Use the Hard side of foam instead of steel wool for scrubbing. Make sure you dry the skillet entirely with a paper towel or kitchen towel. Leaving water or any liquid in cast iron pans and skillets can make them rust. Put the skillet in the oven and coat the entire surface with a layer of oil once it is hot. The heat in the pan helps the chemical reaction and causes the oil to become polymer. Store in a dry place.

Cast iron pans and skillets are long-lasting. As they can withstand heat well, they are excellent for making steaks. You have to be careful about maintenance. It requires seasoning. If you notice rust on cast iron cookware, you can remove the rust and season the Cookware. Also, make sure you never marinate in your cast iron cookware. It can add a carbonized effect to your marinade.

Butter Board Recipes - The Trend that's Taking Over TikTok

How to Season Cast Iron Without an Oven

Can You Season Cast Iron With Olive Oil? Get a cutting board that is twice the size of your brisket so there's enough working area for you to prep the brisket. S
Read More Cast iron is the best option for searing steak - it holds temperature much better so you get a better sear. It is also e
Read More Can you, or should you cook bacon in a stainless steel pan? What is the best way to do that, and how do you clean it aft
Read More